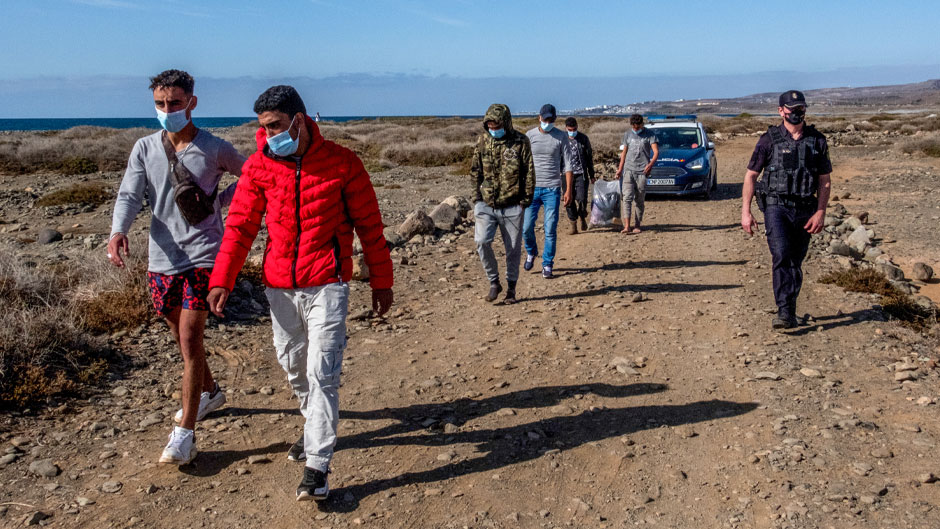 The first of four sessions of “International Migration and Social Change at a Global Turning Point,” hosted by the University of Miami Institute for Advanced Study of the Americas, School of Law, and Department of Sociology, examined the effect on migration of U.S.-China competition for hegemony, the forces driving the movement of peoples, and new elements of violence—land grabs, climate change, the expansion of cities, among others—that are prompting mass relocations.

Felicia Knaul, professor at the Miller School of Medicine and institute director, launched the session by acknowledging that she is the proud daughter of a migrant and of a migrant refugee who lived through a genocide. She thanked the panelists for their timely scholarly contributions that seek to make the “world a better place in the future.”

In “Dreams of Hegemony: Global Competition and Its Consequences for the International Migration Regime,” Min Zhou, director of the Asia Pacific Center at the University of California in Los Angeles, highlighted China’s “aggressive pursuit of global power” that challenges U.S. hegemony and also the escalating tensions between the two countries in past years.

Chinese migration to the U.S. has shifted from low-skilled to high-skilled workers—approximately 60,000 since 2000 with no signs of a decline, according to Zhou.

Copyrights of the Climate News articles belong to the respective Media Channels.
This Climate News portal is non-profit and politically non-dependent forwarding readers to The Current Global Climate News